Boston-based New Balance Athletics, Inc. announces the release of the New Balance 990v4. This iconic style, originally released in 1982, represents the best quality, craftsmanship and performance that New Balance has to offer in the Made in USA range. The updated version includes modernized aesthetics and technical improvements that offer 990 series fans and sneaker connoisseurs a new classic. The New Balance 990v4 will release at retailers globally and on www.newbalance.com beginning April 1. The new model will retail for a suggested price of $164.95 and be offered in grey, navy and black in width sizing.

The New Balance 990 has been iconic for 3 decades and maintains its cultural relevance on the street and in fashion. Tech innovators, celebrity A-listers, social influencers and sneaker connoisseurs wear it. Some say, “it’s just a gray shoe,” but there is so much more to it than that.

Released in 1982, the New Balance 990 made waves as the first $100 athletic shoe and debuted as the most enduring technical running series on the market. With an upper made of pigskin and mesh, the shoe incorporated a motion control device, and a patented ENCAP for cushioning. Updated iterations of the 990 launched in 1998, 2012 and in 2016.

With the new model, the essence of the silhouette remains the same with technical updates and modernized aesthetics. The upper offers premium pig suede and mesh with 360 reflective accents and an engineered graphic tongue design with a lace keeper. Technical improvements include increased mesh breathability versus its predecessor and improved ENCAP technology for increased medial support. The new, modernized New Balance 990v4 offers 990 series fans a new classic.

New Balance features Terry Heckler of Heckler Associates in NB Lifestyle’s global marketing campaign promoting the 990v4. Heckler founded Heckler Associates, a design and communication company that has been instrumental in the start-up and change-up phases for popular consumer brands. His work has been exhibited in graphics and communication arts magazines, and he has won many awards for his work on TV commercials. Prior to Heckler Associates, Heckler worked with New Balance where he was instrumental in the creation and branding of the ‘N’ logo. More on Heckler and his connection with New Balance can be found at www.newbalance.com/numbers. 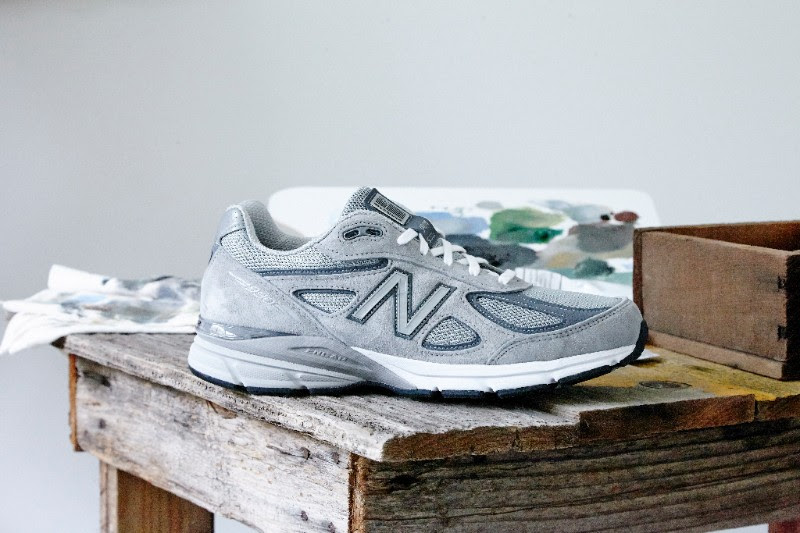