Klopp appeared in a cheerful mood at the contract signing in a bright red New Balance top on October 8th.
Jürgen Klopp seemed rather relaxend but motivated about his new challenge. New Balance, as an all-round sport brand, is Liverpool’s exclusive apparel sponsor and wishes him the best of look with the task ahead. 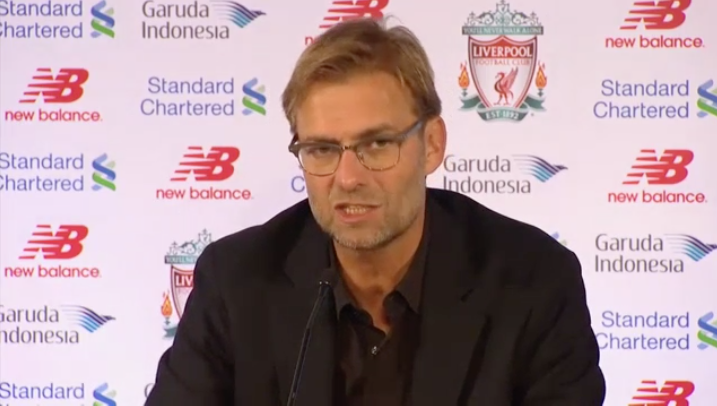